Hot favorites and top seeds Egypt, fielding a team comprised of all the individual medalists in a team, reclaiming the title they once lost in the last event in Poland two years ago, England nonetheless certainly gave them their sternest challenge of the tournament. 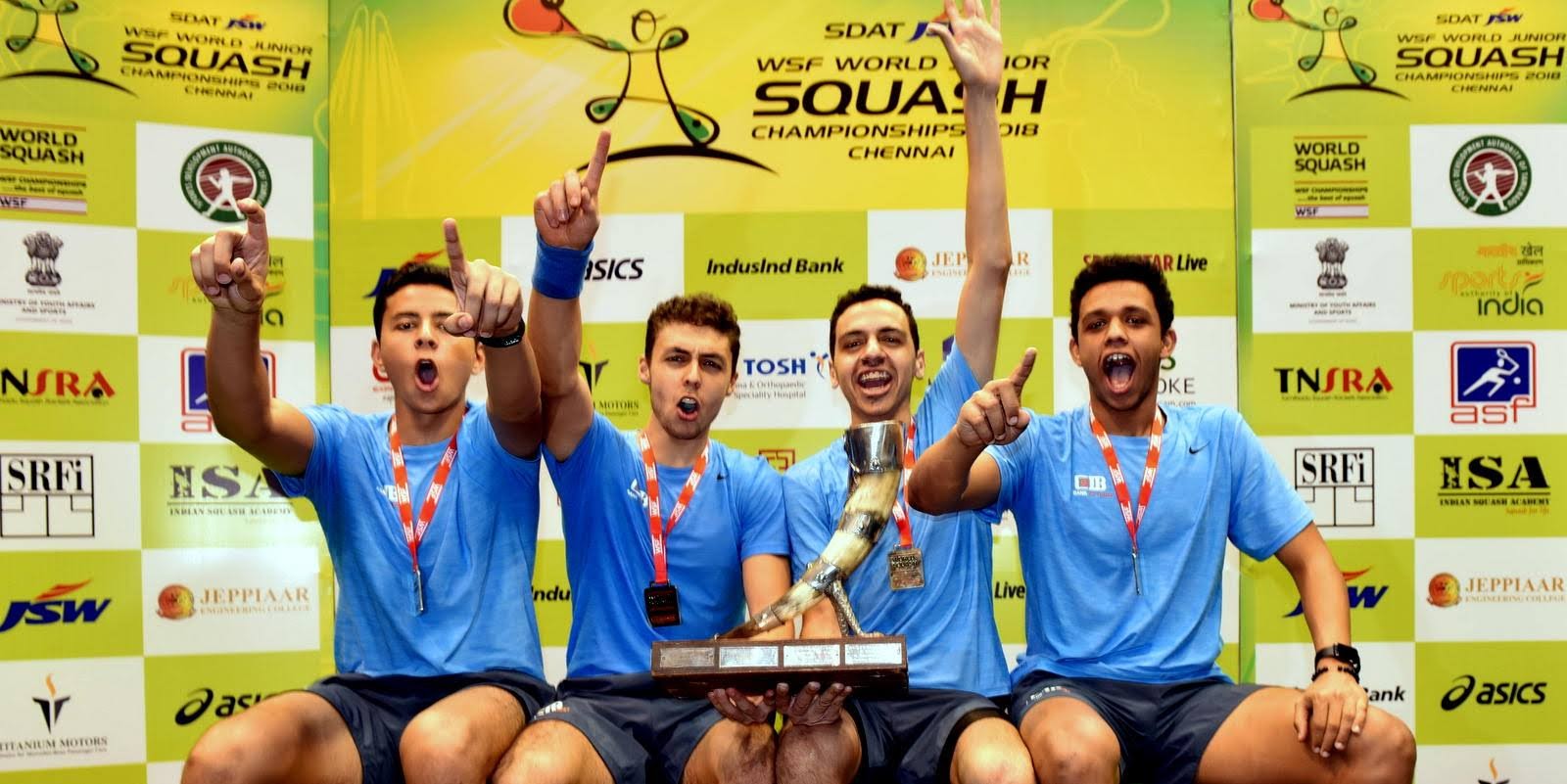 First up was Marwan Tarek, who two years back, had lost the decider match in Poland,

But the Englishman Nick Walls played well to stay with Tarek all through the first, and the Egyptian’s reaction when he took the lead was indicative if both how much he wanted the win, and how tough that 17-minute game was.

There was a little niggle between the players towards the end of the game with words and looks exchanged. 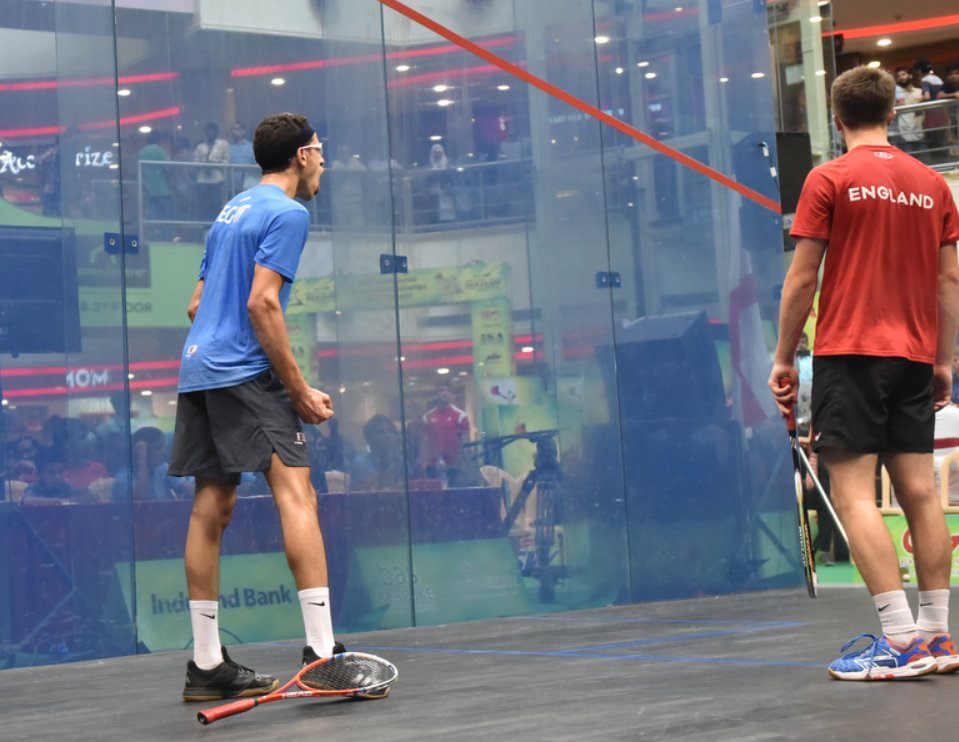 Marwan says: “I understand his frustration, inside the court we all want to win

“He said some things to rattle me but I’ve been dealing with banter since I was 12, I know how to deal with it.”

Tarek was always ahead, but never comfortably, through the next two games, kneeling to kiss the floor as he gave his team the lead

In the second match Sam Todd threatened to give England a lifeline as he matched Omar El Torkey all the way, earning game balls at 10-9 and 11-10

Egypt’s bronze medalist held his nerve to take the lead, and never looked back as he took the next two games comfortably give Egypt the title – a record sixth.

REACTIONS FROM COACHES AN PLAYERS

Egyptian coach says: “We’re so proud and happy, the boys have worked so hard for this

‘’They’ve got their reward, bringing Egypt another treble, just like the girls last year

“Thanks to the organisers, the Indian squash federation and all the workers and volunteers

”That made this a great event that everyone will remember and can be proud of.”

Marwan reacts: “This win is very important to me, because I know what it’s like to be on the losing end of a final like this one

”It’s special that we were able to go through without dropping a single game.”

Lee Drew, England Coach says: We all knew that this is a very strong Egyptian team and that it would be very difficult

”The players gave everything and tested the Egyptians, we had chances to win the first game in both matches

”It’s a great achievement to be runner up at a World Championship, given the last time it was achieved by an English team was back in 2002

”Chris [Ryder] and I are immensely proud with the way the squad has performed.”

LAST WORDS FROM THE CHAMPION TEAM

Marwan Tarek: Its back home.

Makin Rises to No.10 in PSA Men’s March World Rankings

Chamberlain Squash Open is a sports organisation passionately devoted to the development & promotion of Squash in Nigeria. #ChamberlainSquash

Finalists in the ladies category of #CSOpenFinals

The feeling is undescribable...Egypt's Squash play

Behold the champion of #CSOpenFinals in the ladies


Error: API requests are being delayed for this account. New posts will not be retrieved.